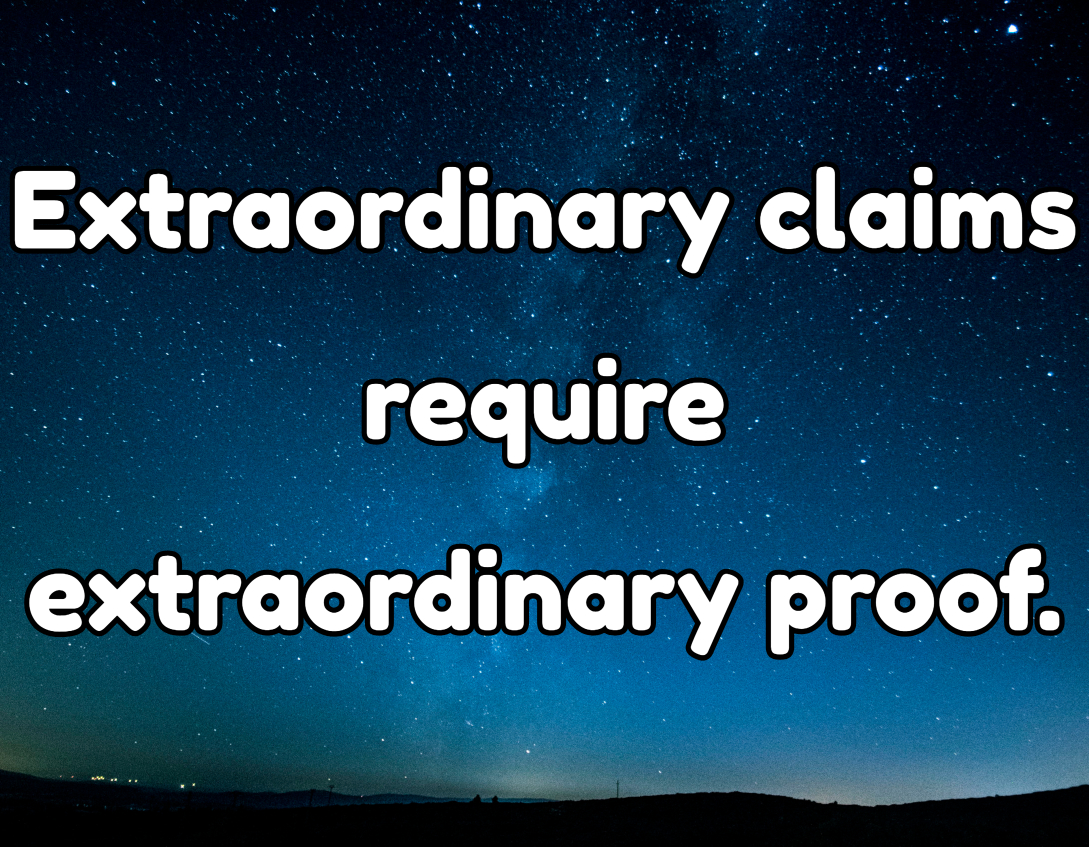 You’ve probably seen this quote, “Extraordinary claims require extraordinary proof“, or a similar one, before somewhere.

This particular one is attributed to Marcello Truzzi, but a variation of it is credited to Carl Sagan.

Typically, it’s used in a religious context, when reminding theists that the burden of proof rests with them, and not with the unbelievers.

This is not only because the theists are the ones making extraordinary claims (i.e. that one or more supreme beings exist that created and oversee everything), but also because it is, of course, impossible to prove a negative.

But it’s also highly relevant to the subject of vaccination.

Well, this is the claim that the pharmaceutical companies, the government, and the majority of the medical profession make:

That is most certainly an extraordinary claim!

That being the case, then the burden of proof has to be on those making this claim.

Because the vaccine manufacturers are the ones making claims that their products are safe and effective, while the so-called anti-vaxxers (who should, more accurately, be called “ex-vaxxers” in most cases) are simply denying those claims.

Remember, the default position is to not believe a claim or assertion until sufficient evidence has been provided to justify those claims and assertions.

And therein lies the problem, because such proof has never been provided.

At this point, I was going to address some of the responses you will likely encounter from those who believe that vaccines are both safe effective, and offer rebuttals, but then I realized that we should not constantly have to be defending our position.

The whole point of this article is to highlight the fact that it is the pro-vaccine organizations and individuals who bear the burden of proof, not us.

Until they can provide evidence that vaccines have been thoroughly tested for safety and that they truly do provide immunity to the diseases for which they are manufactured, we can assume the default position indefinitely.

Is this stance naive?

Maybe, but those of us who deny their claims of safety and effectiveness have been on the defensive for far too long, letting the pro-vaccine side of this argument control the conversation.

It’s time for us to stand up for the real science, which is undeniably on our side, because if there’s one fact we do know, “vaccine science” is not settled, because that’s not how real science works.

Please feel free to save and share any of the following resources: